A replica of a ship that Columbus used on his 1492 voyage to America can be found in Santa Cruz de la Palma.

The Santa Maria Ship (Barco de la Virgen) was the largest of three small sailing ships that were used on his voyage of discovery.

The two other ships that were used on his historic journey were named "La Nina" (The Girl) and "La Pinta" (The Painted). 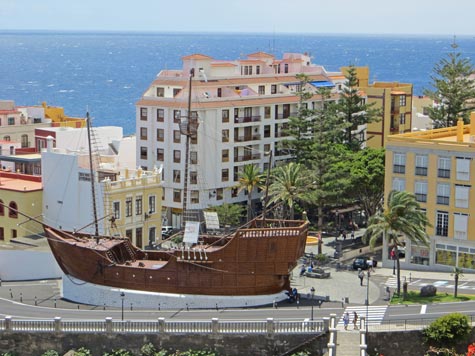 The original Santa Maria ship went aground on December 24th, 1492 in Haiti during its return voyage to Europe.  It sank on Christmas Day.

The timbers from that vessel were subsequently used to build a fort at Limonade Haiti.