The castle in Santa Cruz de La Palma is called Castillo de La Virgen (Castle of the Virgin Mary).  Visitors to the castle can enjoy a panoramic view of Santa Cruz city and the Atlantic Ocean.

The Canary Island castle was built in the 17th century to guard the city against piracy.  It is a simple fortress defended by a series of cannons. 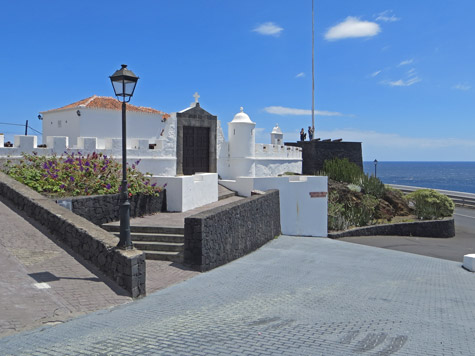 The Santa Cruz Castle can be found just up the hill from the Naval Museum.

The Naval Museum is located in a replica of a sailing ship that was once used by Christopher Columbus.