Santa Cruz is the largest city on the Canary Island of La Palma.  It is located on the east coast of the island and has a population of less than 20,000.

Santa Cruz a wonderful community to explore on foot because of its small size, topography and colorful architecture. 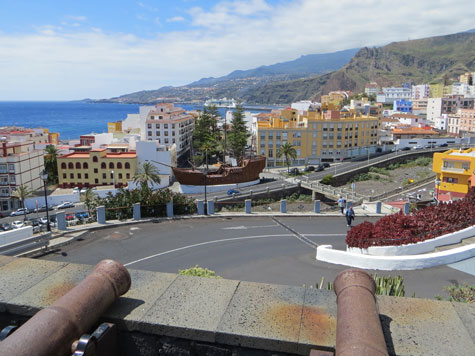 The Castillo de Santa Catalina, a small castle equipted with cannons, is perched on a hillside overlooking the city and Atlantic Ocean.

Unlike much of the island, Santa Cruz enjoys a semi-arid climate characterized by warm, dry summers and somewhat wet winters.