Tenerife South Airport (Aeropuerto Tenerife Sur - Reina Sofía) is located near the beach resorts at the south of the island. 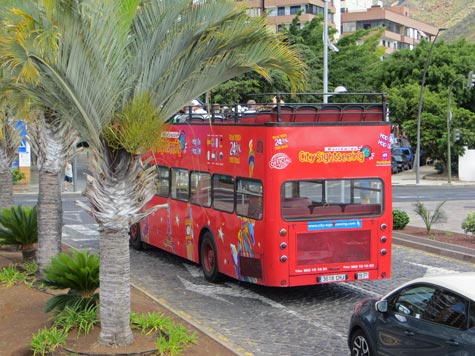 In addition to a public bus service that crosses the island, there is a hop-on hop-off tour bus system that operates in Santa Cruz.

Many visitors to the island of Tenerife in the Canaries arrive by cruise ship.