Tenerife is the largest and most populated of the seven Canary Islands.  It is located right in the middle of the Canary Archipelago.

The island of Tenerife is very mountainous and has many microclimates ranging from tropical, to desert, to high-altitude cool. 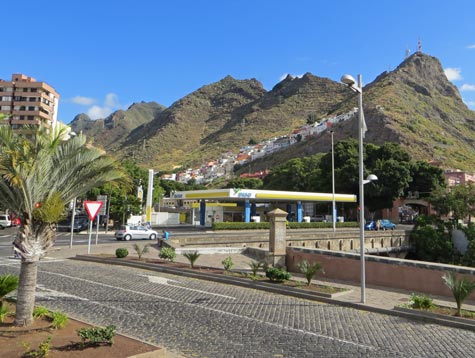 Tenerife Island is home to the largest mountain in Spain (Mount Teide).  This 3,718 meter high mountain is the third largest volcano in the world.

View map of Tenerife Island in the Canaries.